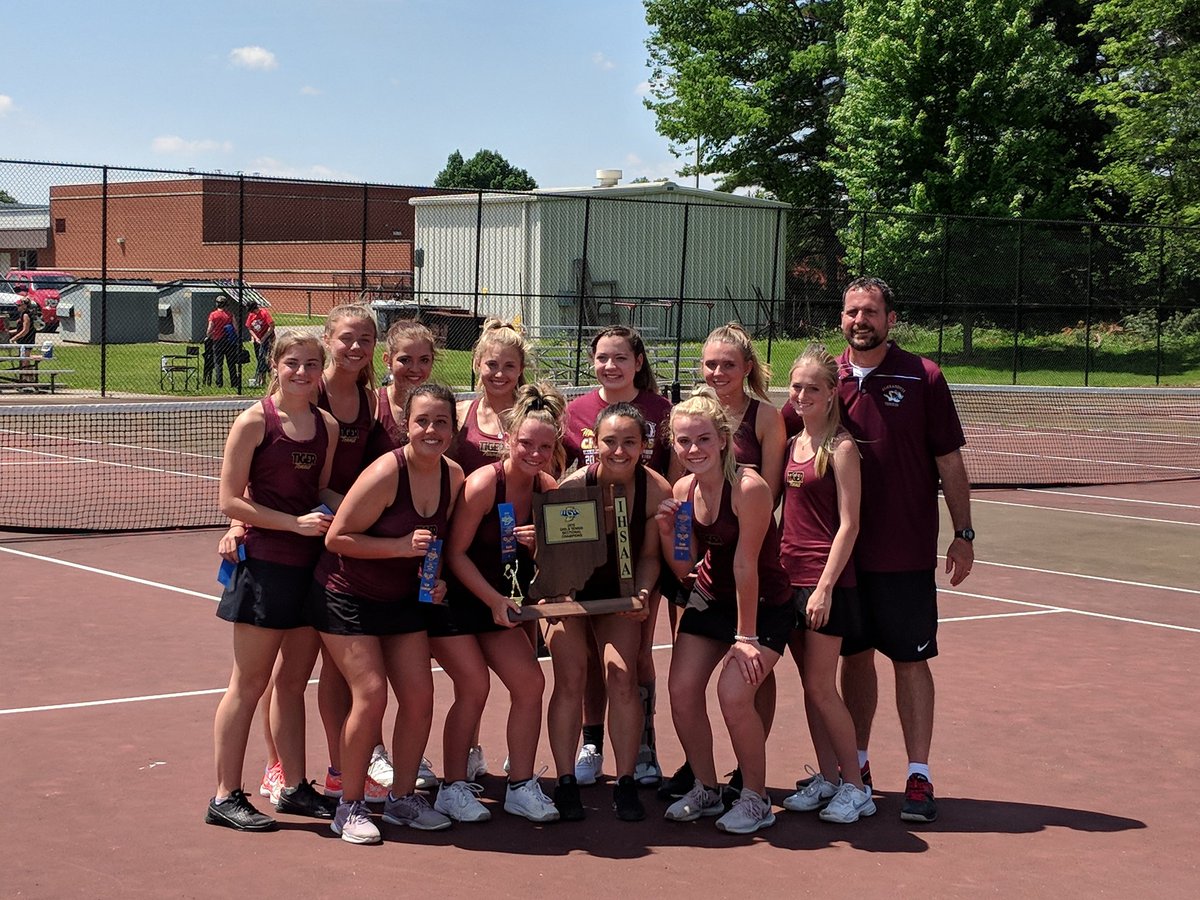 Alexandria Lady Tiger Tennis team pulled off the Triple Crown with an impressive shut out win against Frankton in the Championships of the IHSAA Sectional. The Tiger Tennis team for the 1st time in programs history (and only 2nd team in Alexandria sports history) won the Madison County Championship, Central Indiana Conference Championship and Sectional Championship all in the same season. It was a complete team effort on an incredibly hot day as they won 5-0. McKenzie, Kelsey, & Rylee won in straight sets in singles. Reiley/ Carlie won is straight sets at doubles while Taylor/ Gracyn avenged an earlier season three set loss, to get a three set win.